This chapter is dedicated to all the victims of child abuse and elder abuse caused by an alienating parent. This often results on the death or divorce of a married (or partnered) parent of the child.

What is Parental Alienation?

Parental Alienation, as defined by Dr. Richard Gardner, 1985, “results from the attempt by one parent after divorce or separation (usually the custodial parent) to behave in such a way as to alienate the child or children from the other parent.” 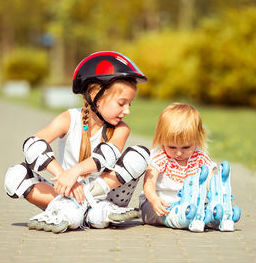 Alienation does not occur overnight. It is a gradual and consistent process that is directly related to the time spent in the alienation process. The longer the child spends with the ‘alienator,’ the more severe will be their alienation. Their supposed dislike of the lost parent does not lessen with time away from that parent. It grows stronger, precisely because this attitude is continuously encouraged by the alienator, who has unlimited opportunity to sustain the child’s negative feelings. The child may need a lifetime to learn an alternate response.

During the October 1997 Senate debates on custody and access, Senators spoke of parental alienation by the custodial parent as a means used to restrict access to the children of divorce by the non-custodial parent. The end result, down the road, is that this elimination or restriction of access of the non-custodial parent becomes permanent. As Britain’s then Deputy Prime Minister Nick Clegg determined: “It is vital to change the law in the face of heartbreaking evidence that huge numbers of children, after separation, lose contact with one parent forever.” Canadian non-custodial parents often suffer the same fate.

Who are the victims of Parental Alienation?

Dr. Glenn Cartwright, a psychology professor at McGill University, studied the matter and noted, ”an alienating parent requires time to enlist the child’s compliance without interference.” In a 1993 paper, he said, “the manipulation of time becomes the main weapon in the hands of the alienator,” as long as the custodial parent can keep the non-custodial parent and the grandparents from access to the children.

When a family member is unwell, we try to help. No custodial parent who loves his/her child should teach them to dislike or ignore another human being, let alone a parent. Nor should a parent who loves this child tell lies about the non-custodial parent, or try to erase that child’s happy memories of the non-custodial parent or other family members. When this does occur within our families, we must remember these custodial parents are the mothers and fathers of our grandchildren and continue to care about them. They may be unaware that this kind of destructive behaviour can be abusive to children and create lifelong issues.

To heal the relationship, the child requires quality time with the lost parent to continue and repair the meaningful association that may have existed since birth. This continued communication also serves as a reality check for the child to counter the ongoing alienation at home. Unfortunately, the child doesn’t usually get the quality time to heal the lost relationship with the lost parent and grandparent.  Consequently: “The non-custodial parent experiences the anguish of the loss of a child or children. Grandparents, relatives, and friends are similarly affected and summarily dismissed. Far more serious is the effect on the child, who experiences a great loss, the magnitude of which is akin to the death of a parent, two grandparents, and all the lost parent’s relatives and friends, all at once.“

What is the cause of Parental Alienation?

If the court judge does not recognize the importance of “a child having maximum access to both parents, and maintaining a normal relationship with both parents,” and instead grants sole custody to one, the climate is set for parental alienation. Since PA behaviour is of a serious nature, “it seems reasonable to suppose that it would be provoked only by an equally serious emotional dispute, as the questtion of custody is for most parents. … and disagreement over custody remains implicated as the chief cause of PA behaviour. (Gardner 1992)

What happens to these children when they grow up?

Many say time heals all wounds; such is not the case with Parental Alienation (or indeed, with any form of child abuse). Perhaps, years later, the child begins to comprehend what has happened. The realization they were persuaded to believe what they were told by the alienator and wrongly rejected the lost parent and (worse) were a pliable accomplice and willing contributor can produce powerful feelings of guilt. (Goldwater, 1991)

Serious emotional problems may ensue. The reestablishment with the lost parent is a huge task, naturally. When the child becomes an adult and realizes that he/she has not only lost a parent, but also grandparents and even one side of their extended family, they are in shock. It is too late for the justice system to apologize or change what happened.

The Parental Alienation Awareness Organization is the creation of young victims of parental alienation growing up and facing what happened to them and trying to understand how they could have lost a parent and grandparents. By meeting with others who were also victims, they offer support for the pain they experienced and the unexplained loss of family. Recovering from the effects of the custodial parent’s actions is a long and painful process.