Our Canadian history of the justice system and Parental Alienation must also cover the serious impact on the children and other family/partners and relatives, notably the many grandparents whose lives were so affected when sole custody was awarded.

Usually, court decisions favoured the mother, which—when the breakup was not amicable—left

the husband or father, in spite of having court orders, struggling to see and visit with his children. This, in turn, caused many paternal grandparents to lose access, as well, to their grandchildren. Many died without seeing their grandchildren again.

By the later 1990s, Canada’s non-custodial fathers were very vocal and in the public’s faces regarding serious access and custody violations following separation and divorce. In fact, we lost many good caring fathers to suicide due to grief and depression, unable to see their children in spite of court orders in their favour.

About the same time, CGRA became aware of writings by psychiatrists, psychologists, and therapists on an alarming behaviour called Parental Alienation Syndrome, defined in 1985 by Richard A. Gardner. Later, Glenn F. Cartwright wrote about Gardner’s findings and agreed with him. Recognising some of these behaviours, CGRA studied them and drew their own conclusions. The Nanaimo Men’s Resource Centre put a DVD together called Parental Alienation Awareness hosted by Theo Boere and Carmen Barclay written and directed by John Westwood. The DVD includes an interview with psychologist Dr Larry Waterman. This video demonstrates and discusses the devastating effects of Parental Alienation on children, parents, extended family and in our society. 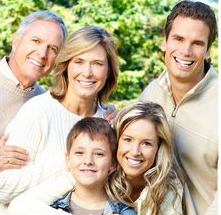